Unlike vibro-compactation, an improvement in compactness between columns is not initially considered, although it does arise in some cases. The improvement lies in the extremely elastic flexible module inclusions, without cohesion, which have an improved supporting capacity to decrease and control settlements.

1. Preparation
The machine is positioned over the drive point and stabilised on the skids. A loader supplies the gravel.

2. Filling
The contents of the hopper are poured into the tube. On closing it, the compressed air allows for a continuous flow of gravel to the outlet hole.

5. Finish
The column is produced in this manner on successive drives up to the planned level. The foundation footings are then executed directly in the traditional manner. 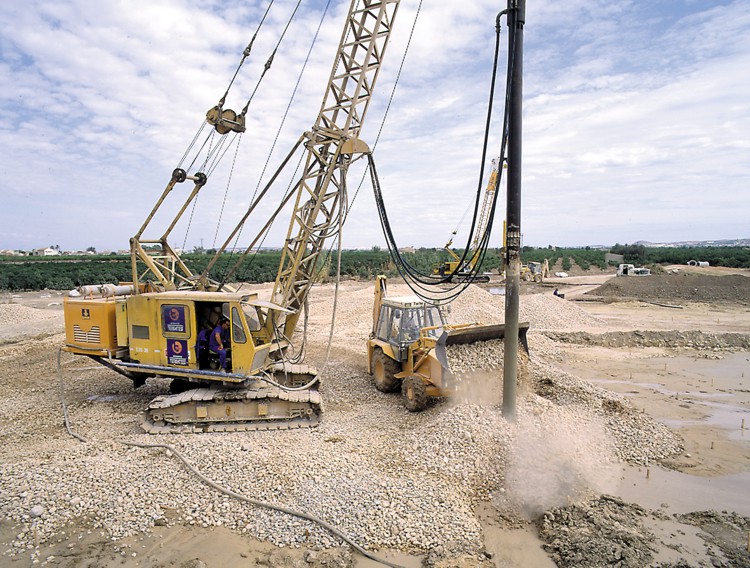